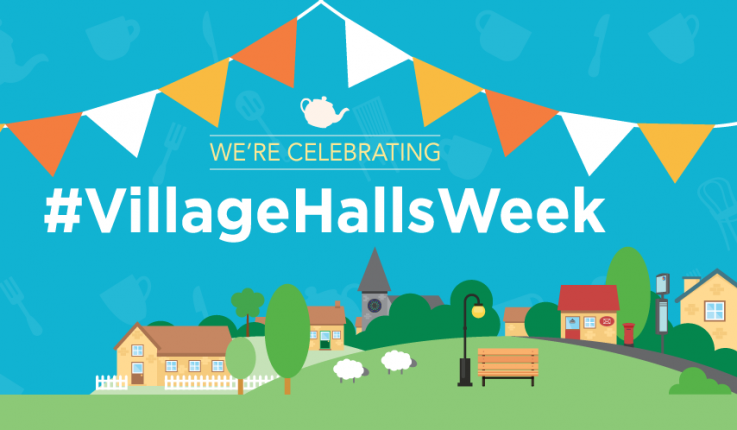 Northumberland’s village halls first joined together to celebrate the first national #VillageHallsWeek in January 2018, to celebrate the vital role they play in sustaining rural communities. Subsequent years have seen further events gathering Northumberland's volunteers together, and 2020 was no different, with another hugely popular gathering at Breamish Hall in Powburn.

The week-long celebration, organised by ACRE Network, England’s largest network of rural community support organisations, is to say a collective “thank you” to all volunteers who work tirelessly to keep community buildings and village halls open for the benefit of local residents.

Over 100 volunteers came together from 41 halls to the annual event held at Breamish Hall in Powburn, organised by CAN.

The presenter John Grundy was our guest speaker, helping celebrate the true value of village halls with stories of his travels visiting the various halls around our county.

A fantastic announcement was made on the day of £300,000 of funding from The National Lottery Community Fund for 12 village halls which will share the money between them for vital improvement and refurbishment works. This is the second year of a three-year partnership with the Lottery, using CAN’s local expertise and support to help the halls produce their funding bids.

CAN held an event in January 2019 in Stannington Village Hall (next to the Ridley Arms) to acknowledge all the hardworking, dedicated trustees who manage halls and community buildings across Northumberland.

The poet and broadcaster Ian McMillian came up with a live Northumberland poem to celebrate our halls with lots of audience involvement!

As part of the event, we showcased the heritage of village halls and the huge contribution they make to rural communities. 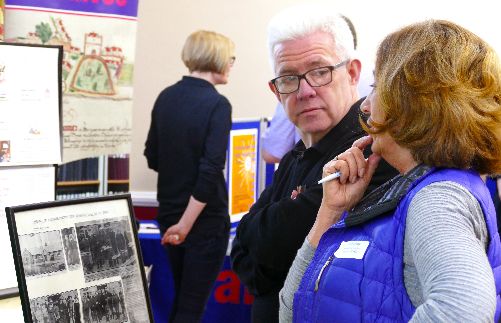 We also announced a major funding boost to village halls as the National Lottery Community Fund, previously known as the Big Lottery Fund, awarded over £420,000 to the Northumberland Village Halls project, led by CAN. This is one of the first projects to be awarded money raised by National Lottery players, under the new name of the largest funder of community activity in the UK.

This fantastic news was announced at the CAN Village Halls event in January and means that 11 village halls will all receive the funding they need to carry out important improvement and refurbishment works.

Read more about which halls are being funded

Village Halls and other Community Buildings play a key role in reducing isolation in rural communities by providing a meeting place for local residents. However, it’s not all coffee mornings and knitting classes/proggy mat making as some might expect. Some of the more unusual activities offered include Zumba classes, Tai-Chi, stargazing nights and baby massage classes.

There are 10,000 village halls and other community buildings in England’s rural communities, of which 240 can be found right across Northumberland.

At the Northumberland Village Halls celebration event which took place at the end of January 2019, CAN took the opportunity to ask a few people why their village hall is so important to their community. A short film has been created as a result - view the film.

Village halls, church halls and other community buildings remain a vital resource at the heart of many rural communities, acting as a hub for multiple local services and hosting community enterprises. 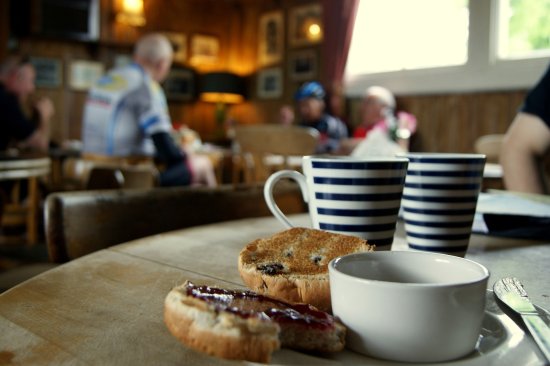 Some of the diverse examples in Northumberland include Seahouses Hub which has a thriving community cinema, showing all the latest films in addition to free internet access and a lending library. Rothbury Jubilee Institute also has a monthly cinema – and film showings are popular in even the smallest of halls.  There are halls with Post Offices - including Kirkwhelpington Village Hall and Whalton Village Hall. Capheaton Village Hall has a thriving café, popular with cyclists. Harbottle Village hall hosts an outreach GP surgery and Bellingham Town Hall has a library on the ground floor. Some host sports facilities such as Lesbury Village Hall and Longhoughton Sports & community centre.

An estimated 600 halls were built nationally to commemorate World War I, or those individuals who perished during that conflict such as those locally at Boulmer and Corsenside. Some of Northumberland’s oldest halls date back to the 19th Century, and many were originally ‘Reading Rooms’ – established to ‘educate the workers’, and some are Mechanics Institutes or Memorial halls.

2018 saw the opening of the newest, St Mary’s Village Hall in Stannington, following the refurbishment of the former St Mary’s Hospital Chapel. The new facility will act as a hub for those living in this new rural community having been gifted by Bellway Homes on an 80-year lease.

“We’re delighted to celebrate the tireless work carried out by the amazing volunteers running community buildings in our county.  Without their dedication, skills and expertise, these vital facilities would be lost to the communities they serve. We are proudly supporting #VillageHallsWeek so we can celebrate the network of halls we have locally, champion the services they offer to their communities and say a big thank you to the volunteers at the heart of it all.”

We are delighted to be able to share this poem with you, written by renowned poet and writer Ian McMillan as part of the first #VillageHallsWeek in 2018. The poem was commissioned by Action with Communities in Rural England and the National Rural Touring Forum. Listen here to Ian reading A teapot as big as the moon